Who is going to Telford?

I will look out for you. I will have a brown waist length jacket on.

I lost track of time, you all still in the tea zone?

Just to report that I would estimate that there are about half of the usual number of exhibitors. Some of my favourites are not here, in particular, Zoukei Mura who usually have the best of the lot.

That said it’s still worth coming. So far only bought some magazines and a few odd bits and pieces, no kits. That said I expect to open my wallet wide tomorrow as I have a list of half dozen kits I might get…..

I have taken some pictures and will post later.

Some picture. A couple of shots of the two halls, normally three are used and, if memory serves me correctly, the competition area is separate. Now it is all in the two. There is also more space available to move around.

Some exhibits that caught my eye. No particular order.

I am tempted by 5 kits and could easily spend nearly £700 on them but I will restrain myself to two or three…. I will post tomorrow what I buy.

Thanks for posting these pictures up Barry.

Barry,
Thanks for the pictures mate. I was hoping to be there with my club stand Fenland and spalding but life got in the way.
D

Morning guys. Sorry I didn't get to meet up with anyone. It was a last minute, spur of the moment visit, and I had arranged to meet up with friends in Bedworth afterwards. Anyway, here are some pics from the show for you... 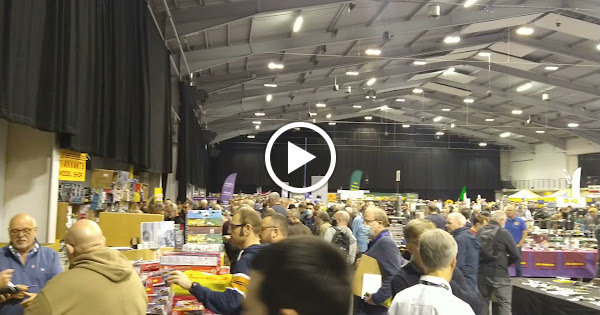 Thanks for posting these up Dale..

I fancied a helicopter and this looks like a beast …..

Then there is this and, yes it’s a Revell but hopefully a better one than their norm….

Finally this one. I have wanted one of these ever since I decided to do a series of 1/48 multi engined aircraft but the only ones I have been able to find have been in China with January delivery dates and the uncertainty of HMRC treatment. Even John was unable to help. On Saturday I did not see this kit but, this morning it was there in full view and I snapped it up……

I also want to say thank you to the mysterious person who must, in the final hours of Saturday, have bought the 1/32 Hobby Boss B24F. Yes I had decided that if it was there Sunday then I would buy it….. Well this kind stranger saved me £150 and a real storage problem, well at least until I see one again and get tempted….